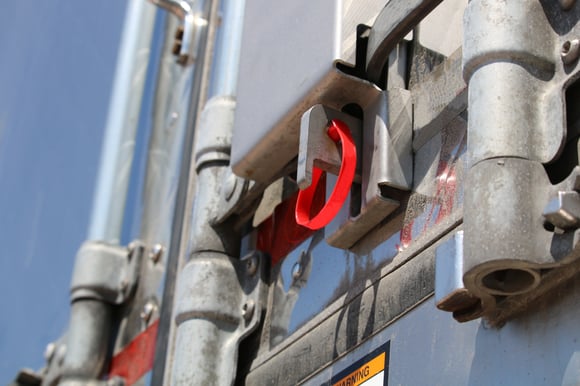 One of the most frustrating cargo claims for any motor carrier is the rejection of an entire shipment of product because the trailer arrived without the seal or with a broken seal. Most of the time, the cargo itself is in pristine condition—still in its packaging, shrink-wrapped, and palletized. Furthermore, the trailer is loaded in such a way that no one is able to reach beyond the rear pallets. Many times, the cargo is not even touched. Still, the shipper or consignee insists that the entire load must be rejected or destroyed. They may allege a chain of custody issue, a safety issue, or their own internal policy. With the Sanitary Transportation of Human and Animal Food (STHAF) regulations drafted by the Food and Drug Administration (FDA), claimants may now allege it is a “food safety violation under the new regulations,” or say “we cannot accept it under the new food transportation regulations.”

The STHAF regulations, however, do not say that a broken seal is a violation of the regulations or a per se presumption of adulteration. In fact, the comments in the final rule of the STHAF state that “[a] broken cargo seal or any evidence of food cargo tampering would not necessarily create a per se presumption of adulteration” 81 Fed. Reg. 20092, 20111 (2016). Moreover, during the rulemaking process of the STHAF, the FDA made it clear that seals were a matter of food security as opposed to food safety (see pages 249-250 of the transcript of the Food Safety Modernization Act Public Meeting, March 13, 2014). Thus, the STHAF regulations were not written with broken seals in mind.

Nevertheless, some shippers and consignees will still erroneously cite the STHAF regulations as justification for rejecting a shipment with a broken seal. While such assertions will be addressed in a claim, below are some items that motor carriers should continue to consider when hauling sealed trailers:

These considerations are common sources of frustration involving broken seal claims. For example, the consignee may tell the driver to back up to the dock; the driver breaks the seal and opens the doors in order to do so, but the consignee did not witness the seal being cut and rejects the load. Another example is that the shipper hands the driver the seal, but the driver does not seal the trailer, and the consignee rejects it at destination. In another scenario, a shipment has two pickups, but during the second stop, the driver forgets to seal the trailer after loading and the consignee rejects the shipment. Even another situation is when the broker gives verbal permission to the driver to break the seal so he can get his load straps off of the trailer, but then the consignee rejects the load, and the broker’s employee who provided the permission cannot be found or is no longer employed by the broker. All of the above situations have occurred and resulted in reported claims for the entire load. Sometimes the cargo owner will allow salvage, but more increasingly, the claimants are demanding the cargo be destroyed at the expense of the motor carrier. Some shippers may even have contractual provisions that require the motor carrier to ship the cargo to a specific location that could be clear across the country.

Technology may eventually make broken seals a non-issue in the future, but it appears that we are not there yet. There are, however, seal guard locks and high-security seals that are meant to prevent tampering or the cutting of seals. Some trailer technology may also indicate when a trailer door is opened. As technology and new products continue to develop, motor carriers should still continue to employ, develop, and consider best practices with sealed shipments, especially for food shipments. Such practices may include: