This methodology of theft has been seen in Europe. An essentially perfect 3D copy is made of a bolt seal that had been illicitly removed. In this particular instance the identification numbers matched exactly.

Description of the Issue

In 3D printing, three-dimensional work pieces are built up in layers on relatively cheap devices. This construction is done by computer control of one or more liquid or solid materials. Typical materials are synthetic resins, plastics, ceramics and metals. This new technology opens up new possibilities in the manufacture of products. The advantages of this technology have now been discovered by organized crime.

A victim of seal counterfeiting has provided the following images to raise the awareness of other freight forwarders and shippers. In the below incident, a shipment of pharmaceutical goods loaded in a container was sealed with an intact shipper seal (Figure 1) and a seal from the shipping transport company was also applied to the container (Figure 2): 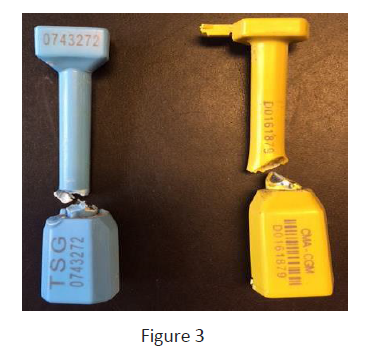 Investigation subsequently revealed very good fake seals were reproduced by 3D printers and applied to the container. Reproduced seals can be created in less than ten minutes in a 3D printer. 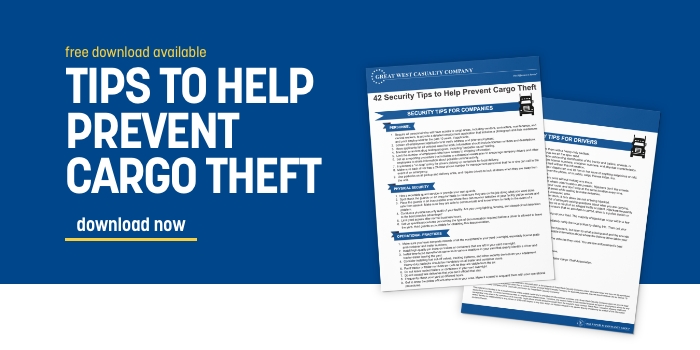 For further information or if you have any questions, contact Great West Casualty Company below.