Going from Moment to Momentum 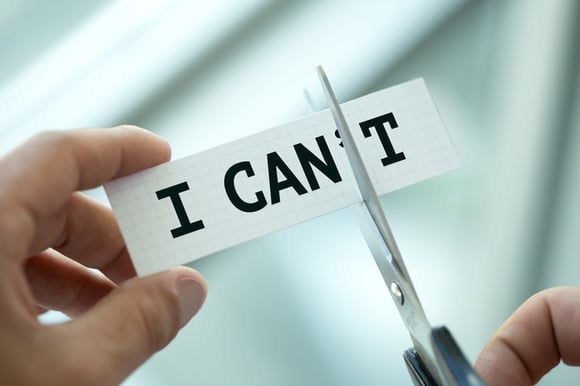 How does a company go from that “Ah-ha!” moment where they are all jazzed up about a new idea that will revolutionize the company to actually making it happen? This conundrum is common in the realm of safety especially when a company realizes what it needs to do, like instilling a culture that values safety, but then does not know how to achieve it. Those “Ah-ha!” moments can be fleeting if one does not act swiftly and purposely to build momentum and make their idea a reality.

The task of bringing creative ideas to fruition first requires one to look in the mirror. The person staring back is probably the biggest hurdle standing in the way of success. In Jocelyn K. Glei’s article on personal branding, she said, “The minute that we lose momentum, we lose the thread. We become extremely vulnerable to distraction and defeat. Our inner critic awakens, and we start second-guessing ourselves, doubting the possibility of success. Other people’s demands creep in, vying for our attention and focus. We start to generate shiny, new ideas that seem even more worthy of execution, tempting us to move onto the next big thing without ever finishing.”

Going from moment to momentum demands self-confidence, planning, discipline, and perseverance. With these in check, one can begin the process of selling the idea to the key stakeholders who will benefit directly (and pay for it most likely).  Enthusiasm alone will not convince the company’s leaders to invest in an idea if they do not see what’s in it for them. Garnering support may require speaking many languages. For instance, calculate the return-on-investment to the chief financial officer or demonstrate how productivity will increase to the operations manager.

Even with these in hand, it may be a hard sell depending on the culture of the organization. Richard Barrett said, “The culture of an organization is a reflection of leadership consciousness (values and beliefs). Therefore, organizational transformation begins with the personal transformation of the leaders.” If the key stakeholders are reluctant to buy-in initially, try winning them over with smaller victories first. In time, this will help to gain their trust in you and be willing to try something outside their comfort zone. Remember, if the company’s leaders do not believe in it, neither will the employees.

In closing, do not let a good idea go by the wayside even in the face of adversity. Be persistent and demonstrate why it is a goal worth pursuing. As Ed Catmull, President of Pixar Animation Studios and Disney Animation Studios, said, “Even our most successful motion pictures began as ugly babies.” His team’s current movie, Finding Dory, has grossed nearly one billion dollars since its release earlier this year. This is the epitome of taking an “Ah-ha!” moment and building momentum to see an idea through to a successful conclusion.