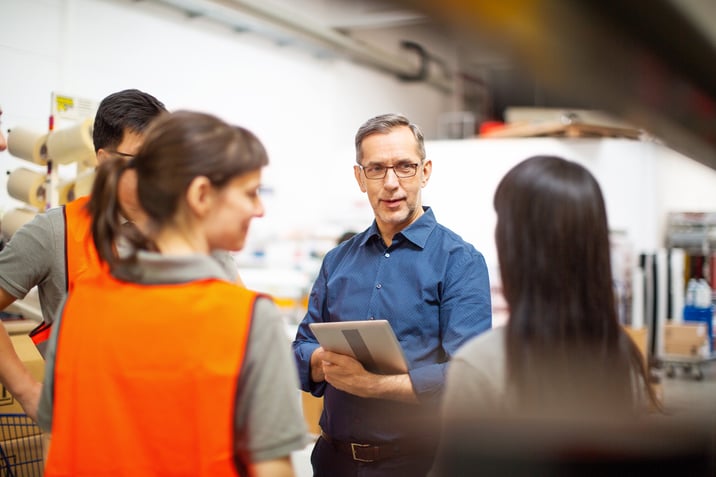 On April 23, 1910, in Paris, France, Theodore Roosevelt delivered a speech that would come to be known as “The Man in the Arena.” In his address, Roosevelt touched on the courage it takes for a person to lead, to stand up, and to be a target for failure and ridicule in the face of progress. Roosevelt said, “It is not the critic who counts; not the man who points out how the strong man stumbles, or where the doer of deeds could have done them better. The credit belongs to the man who is actually in the arena, whose face is marred by dust and sweat and blood...who at the worst, if he fails, at least fails while daring greatly.”

Daring greatly, especially when it involves organizational change, is ripe for failure at some level. No one is perfect, and in the course of leading change in your organization, it is highly probable – if not inevitable – that a few eggs will be broken along the way to success. Courageous leaders don’t let failure deter them.

On the contrary, they view failure as part of the journey. The key is to face that failure and keep trying. Thomas Edison epitomized courageous leadership. Edison tried a thousand times to perfect the light bulb. When asked about his failures, he didn’t reply defensively. Instead, he said, “I didn’t fail. I have successfully discovered 1,000 ways to not make a light bulb.” The power of positivity!

Courageous leadership certainly requires resilience, self-confidence, and positivity; but it also requires humility in the face of defeat. Failure will happen, and when it does, employees, vendors, shippers, receivers, and even the public will be watching to see how you respond.

It is a great opportunity to show others that despite a setback, you have the courage to own it and forge ahead. Here are a few tips to help overcome failure gracefully and use it as an opportunity to grow.

A courageous leader owns up to failures and does so with his or her emotions kept in check. Accepting responsibility can be embarrassing, but trying to hide it or pretending the failure didn’t occur can be damaging to your credibility.

When a failure occurs, do not leave it for someone else to clean up. Bring the mistake to light and seek input from others to help find a solution. Remember, a good leader knows when to talk and when to listen, so don’t feel like you have to be the one with the answers.

You cannot find your way forward if you are always looking back. Learning from mistakes is important, but you cannot dwell on the past or beat yourself up. The best you can do is correct your mistakes and move on.